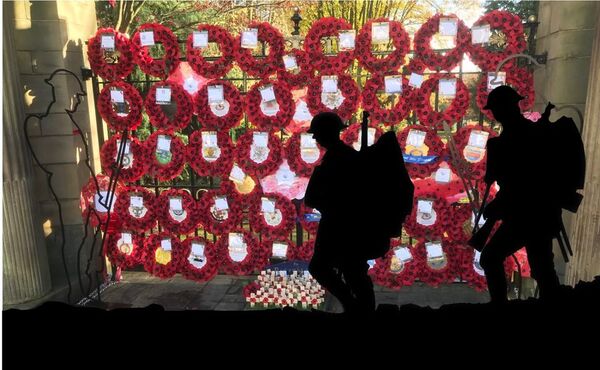 The procession participants gather in the Market Place outside the ex-servicemens club at around 10am. There will be veterans, serving military, cadets, councillors, fire service personnel, cubs, scout, guides and so forth plus the town band.

Finally at around 12:00 the parade reforms again and makes its way back to the Market Place.

Its a rolling road closure with immediate reopening once the parade has passed but there could be long delays.